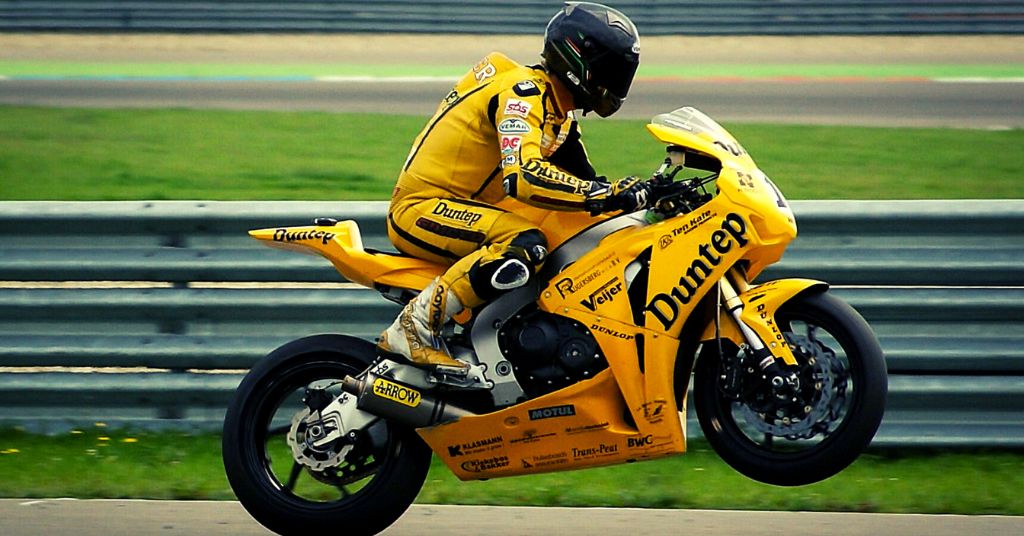 NOTHING BUT HOT AIR?

Airbags for motorcyclists - Nothing but hot air?

As there are numerous articles that are aiming to help you find the perfect airbag-based riding gear that fits all your needs and fulfills expectations, but we want to have a different approach and that is to shine a light on the history and development process that led to what we now can find in all those different solutions offered by a wide bandwidth of manufacturers.

Companies such as Held, Ixon, Dainese, Alpinestars, Furygan, Klim, RST, and Helite are doing an excellent job of protecting riders all around the world with different riding backgrounds.

In general, airbags have been credited with being the biggest lifesaver since the invention of the seatbelt and now they are slowly coming to motorcycles and riders.

The general idea of a device with the potential of reducing the severity of an injury or the likelihood of being fatally injured is dating back to early 1950. In 1953, John HETRICK received a U.S. patent for a “safety cushion assembly for automotive vehicles.” Around the same time, Walter LINDERER received a German patent for a similar device that was comparable to what now refer to as an airbag. But HETRICK and LINDERER’s airbag designs both lacked a major and critical component which were sensors that could detect crashes and tell the airbags when to actually deploy. A technical obstacle that was hard to overcome back then.

While the invention of an airbag was widely implemented in passenger cars due to various reasons such as way higher production volumes, better placement conditions in terms of space and most important federal safety regulations, airbag technology had a rather rough start when it comes to being suitable and – literally – make it fit for motorcycling purposes.

There are many ways to put it

One might be surprised that motorbike airbags have been tested in the UK already during the mid-1970s quite extensively. Nevertheless, it took about 35 years until the first motorcycle actually received an airbag unit, and that was the big 2006 Honda Goldwing. There is still much debate on the matter, and there are a lot of issues to be considered with airbag-equipped motorcycles. It is a rather easy task for Honda engineers to fit an airbag into a big Goldwing with plenty of available room, but what about a streamlined and lightweight superbike? Sure, it is a good idea to reduce the (primary) collision energy to the rider, but what happens when the rider gets unsaddled from the motorbike?

Over time it became more and more obvious that it may be better and more effective to mount the actual inflating element, the airbag itself as close as possible to the rider. This being said the industry came up with the idea to place them inside the very safe apparel in order to provide an additional layer of protection in case of a crash.

Finding the most suitable place to install inflatable, airbag chambers was not that hard since a lot of crash-related data has provided extensive information over time as to what zones are expected to be hurt the most when falling off or crashing into an obstacle. With the rider’s head being one of the most hazardous parts of the body, a shoulder-mounted inflatable element was an obvious choice.

What was the main driver of development?

The mission is clear, but what is the missing link that really kickstarted the development and the growing popularity of numerous products and systems that you can choose from today? You might have already guessed where it all started, and that is… Motorsports.

As we all know, motorcycle championships are fast and brutal races. And those who go fast need to have snap-like reactions. Owning this quality is vital and key for a racing motorcyclist since the rider clearly wants to win a race. Understandably it is important to have a system that is also able to keep up with the speed of the rider’s movement in order to enable the highest level of protection.

What is actually happening?

So, coming back to what actually happens when it happens: During the inflation phase, the shoulder airbag aims to limit the movement of the rider’s head both to either side and backward, helping to reduce neck injuries. Next, it is key to protect the back and the ribs: while a broken spine needs no further details in terms of how bad things may go for any human being, many riders often overlook the threat of being hit hard in the ribs. Aside from the truly awful pain of broken ribs or injuries to the respective torso muscle areas, fractured ribs can penetrate the lungs and even the heart in case of a violent crash. Being able to limit damage to the ribs and the side of the rider’s body has indicated the next possible placement of inflatable airbag elements.

So far so good one might say; having the rider well-cushioned between inflated bags looks like a true lifesaver. But who actually decides when a situation is that critical, that the deployment of an airbag and when? There are a few ways in doing so.

But… who pulls the plug?

With full airbag jackets, there are several trigger options to consider. Depending on the system itself, it is either the rider himself or an automatic process that pulls the plug.

The most common system trigger is by basically wiring a CO2 tank within the rider’s airbag system to the bike itself with the effect, that when the rider gets separated from the motorcycle and the pull force exceeds a certain threshold, the gas canister is opened causing the airbag(s) to inflate. This triggering method may look a bit flawed because having the rider already flying towards the obstacle while still being hooked to the system may not lead to a high safety effect or even a failure in a worst-case scenario.

Another triggering principle is tethering, which means having two sensors that work on the proximity principle by having them separated and thus severing the connection between them, eventually activating the trigger. Aside from having a load of sensors and the central processing unit (CPU) in the very design of the bike as well as the seat and clothes, the tether-triggering method comes with a significant drawback: in most motorcycle crashes, the rider is not separated too far away from the bike giving roughly similar sensor values during the event of a crash leaving the system untriggered. Hence, finding the optimal trigger distance has proven yet fruitless. Even this would be solved, when not hitting an obstacle directly but rather getting thrown off the bike by a low-side or high-side crash would give the tether-based airbag system enough time to properly work.

Finally, there’s the multi-sensor triggering as the cream of the crop which represents the most comprehensive crash detection technology up to date. Guess what: This tech has its origin in racing since a low price is of secondary importance – but performance which means a high level of protection is. Highly renowned bike wear manufacturers Alpinestars and Dainese are spearheading the research in this field showing very promising results so far.

Things are getting serious with serious tech

This multi-sensor triggering method is quite complex and involves the need to process a lot of data fast received from many sensors. With detection units placed on the bike as well as on the rider, a dedicated processing unit analyzes all data streams and filters the information, trying to determine whether the bike is going to slide out of control or just lean very close to the road in real time. Think back to the rather simple application of ABS we posted some time ago where the rotational speed of the considered wheel is always compared against a reference value in order to determine if the wheel is blocked or rolling freely.

Multiple detection patterns are also used to find out if the vibrations are the result of wobbling past the capabilities of the rider in order to maintain further control over the motorbike or are just caused by driving at 300 kph over a rougher part of the track. Many more factors such as G-forces, the rider’s posture, and body orientation are also considered. Alpinestars’ proprietary system even sports a deflation feature and two nitrogen canisters, allowing the airbags to deploy twice if necessary. This system is widely used and state of the art in MotoGP racing and involves approximately 7 sensors and a 5-level trigger-decision routine that takes only 8 milliseconds to trigger.

So far, we’re looking at the most advanced rider airbag rig, but with yet unknown pricing and designed to fit in the aero hump of the racing leather suits. Now think back to your ABS considering a few parameters only. That’s some quite impressive tech, don’t you think? Who knows, maybe one day this tech may be transposed into mass-production goods that can be purchased at an affordable price for everyone to buy.

The development that went into motorcycle airbags really went a long way and there’s still a lot of research to be done, while new ideas are sure to follow. Considering the progress done in mobile computing and constantly increasing performance in the field of embedded devices in general, it seems like CPU processing power is one of the key elements when it comes to being able to compete with the speed of a rider and vast amount of data.

Some might even say that the good old motorcycle is getting too digital already just like passenger cars and that it’s becoming more and more distant from the raw form of transportation and all its purity it started with, but modern traffic or even racing challenges and the associated dangers might find a reasonable solution with it.

The Motobit APP also helps you to ride more safely by warning you of fixed dangers such as dangerous bends, damaged roads, and much more, as well as bends that are taken a little too recklessly. The curve assistant as we call it can be key, especially if you are exploring new and unknown areas.

So make sure you not only consider getting proper motorcycle safety gear but also that Motobit is installed and active on your smartphone before setting off on your next tour. If you have not installed Motobit already, get it now for free! 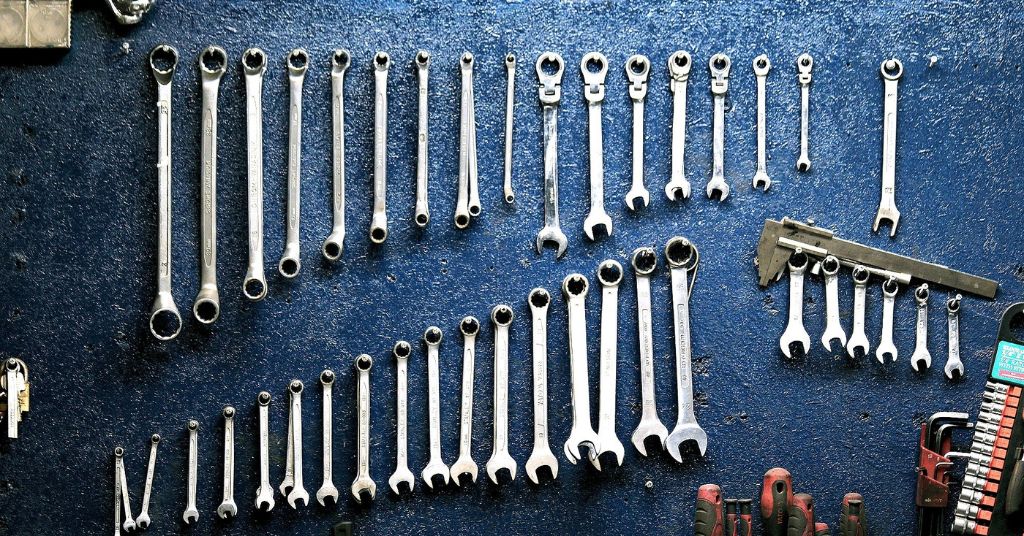 HOW TO PREPARE YOUR MOTORCYCLE FOR THE OFF-SEASON 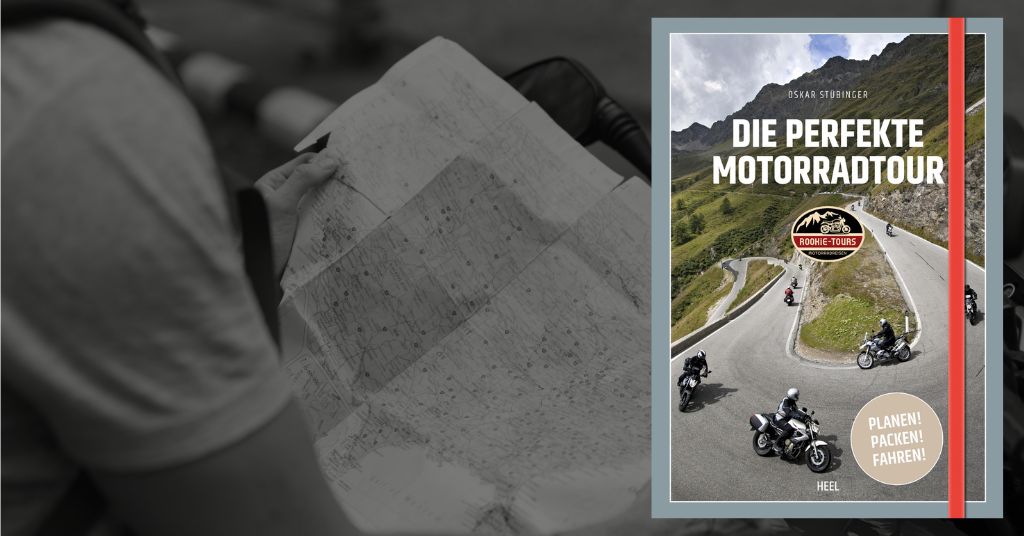 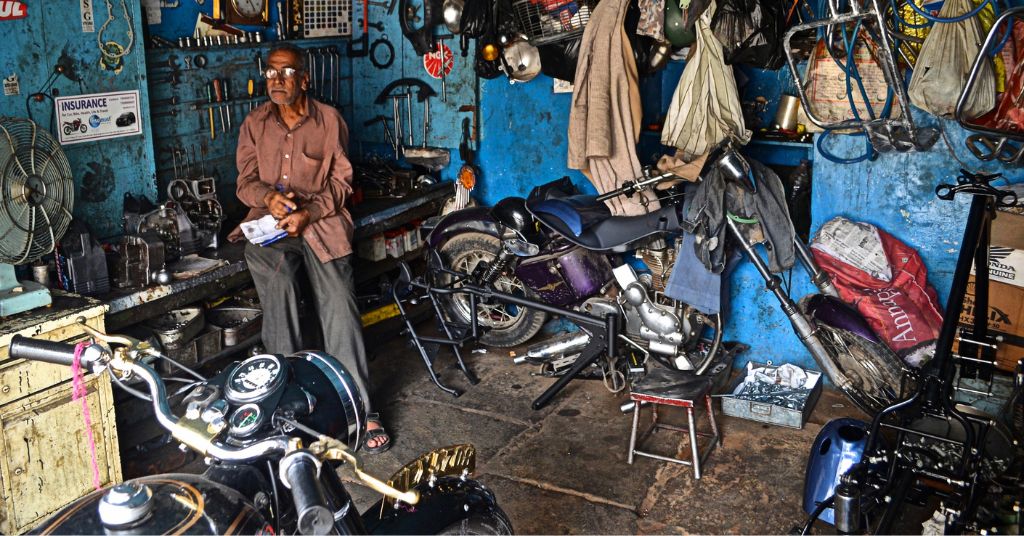 HOW MUCH DOES IT COST TO START RIDING A MOTORCYCLE 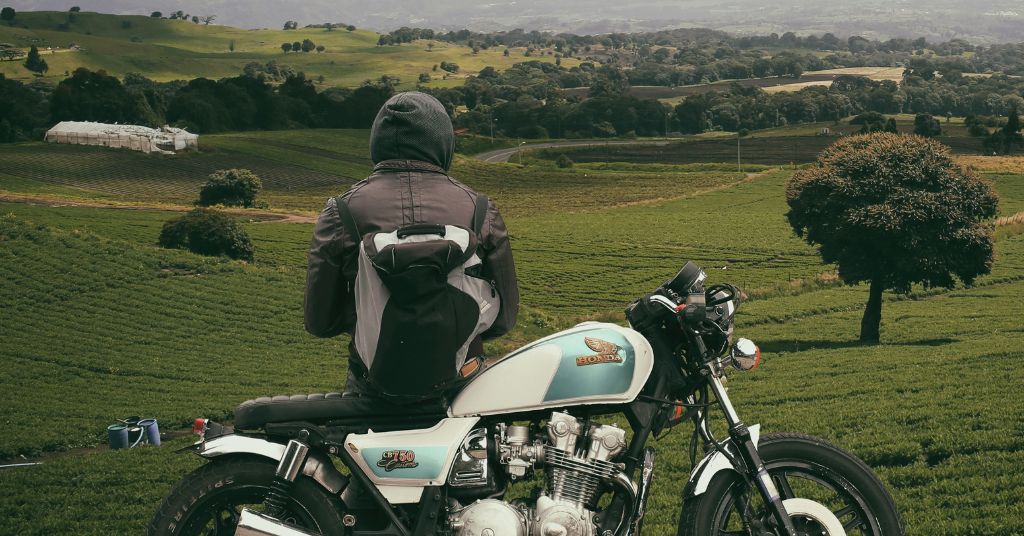 HOW TO RIDE A MOTORCYCLE FOR THE FIRST TIME 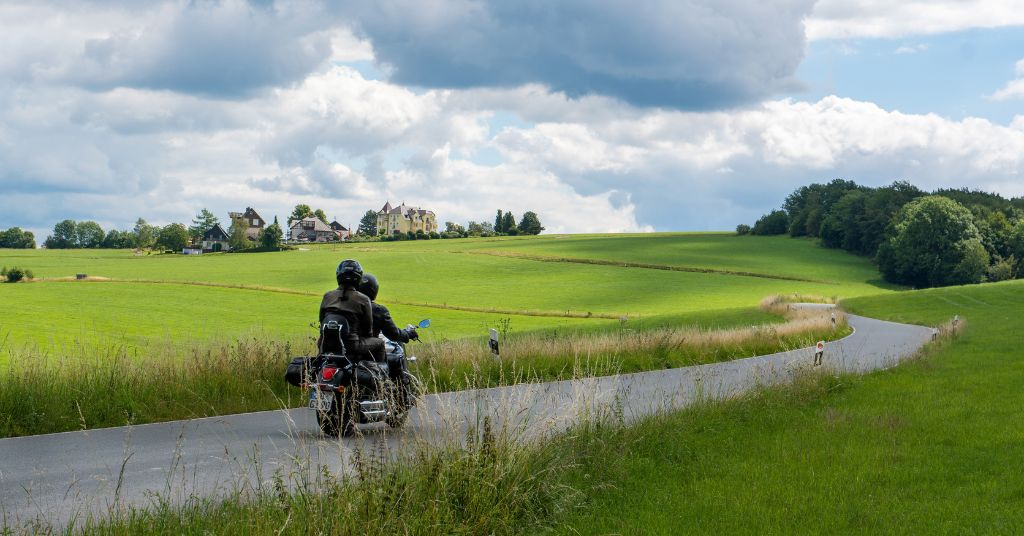 HOW TO RIDE A MOTORCYCLE WITH A PASSENGER 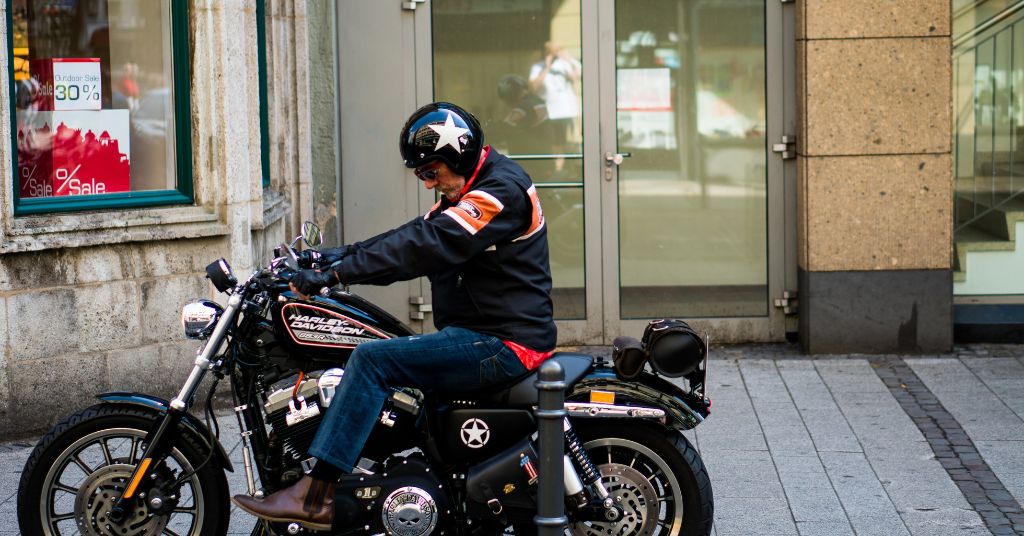 AM I TOO OLD TO RIDE A MOTORCYCLE?

AIRBAGS FOR MOTORCYCLISTS – NOTHING BUT HOT AIR? 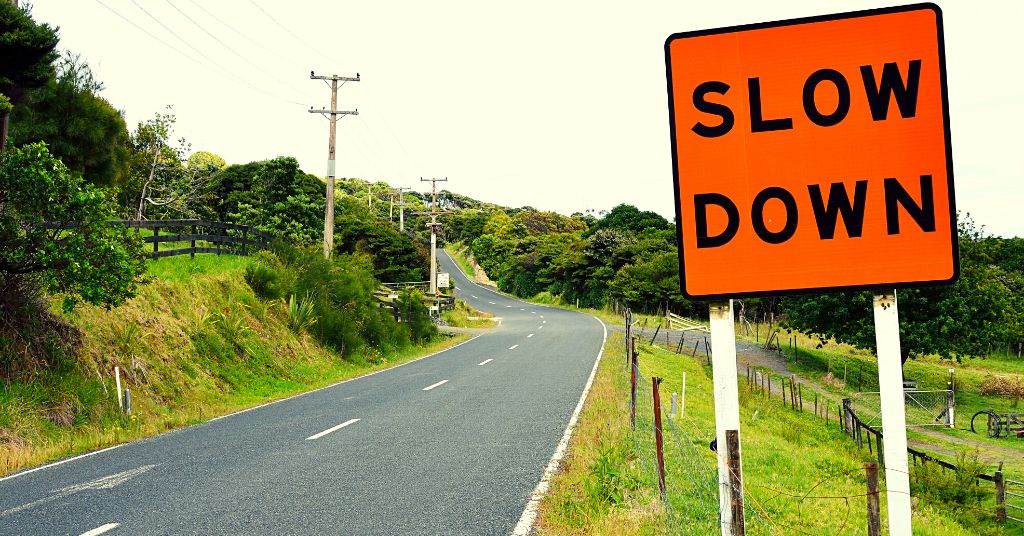 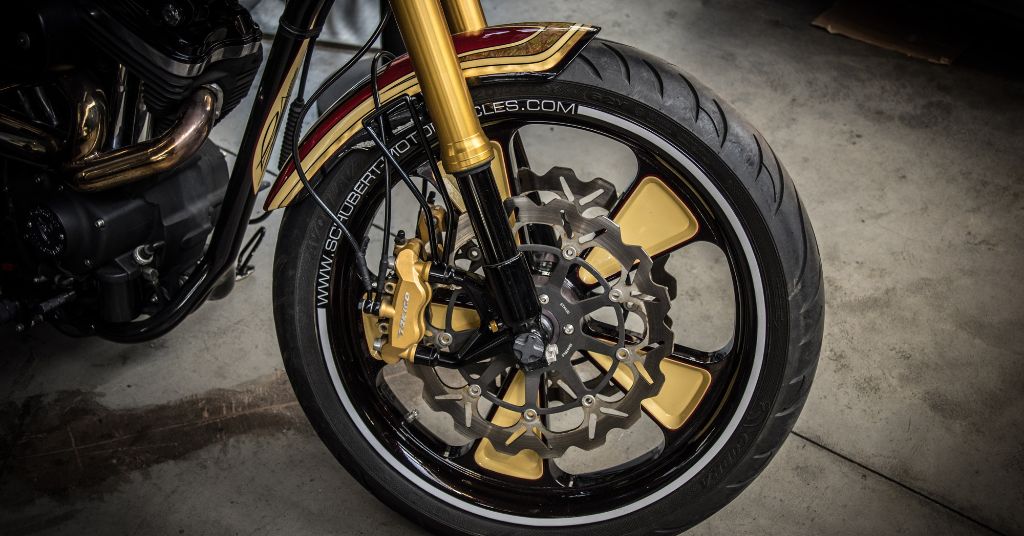 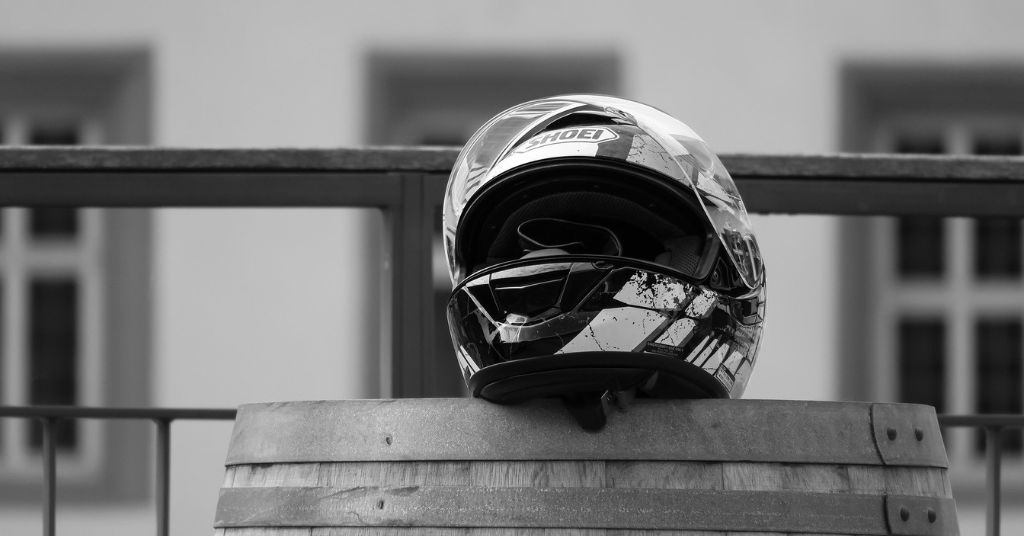 THE MOTORCYCLE HELMET – A LITTLE FAQ